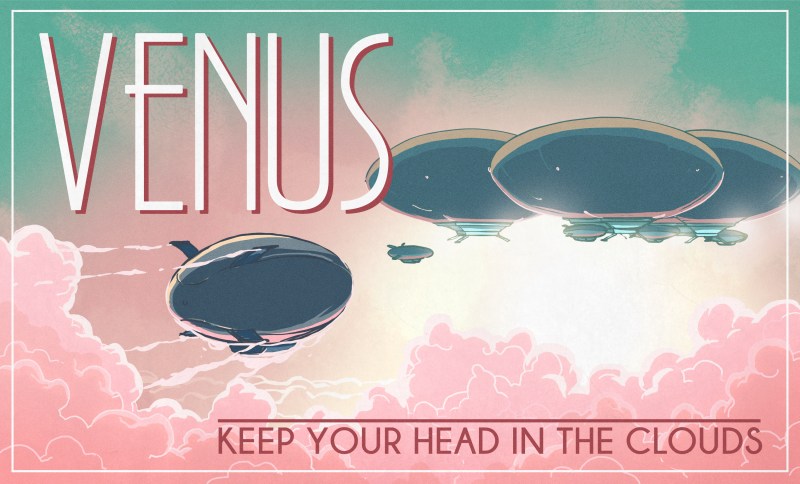 Even as we bask in the knowledge that our neighboring planet Mars is currently home to a multitude of still functional landers, a triplet of rovers and with an ever-growing satellite network as well as the first ever flying drone on another planet, our other neighboring planet Venus is truly playing the wallflower, with Japan’s Akatsuki orbiter as the lone active Venusian mission right now.

That is about to change, however, with NASA having selected two new missions that will explore Venus by the end of this decade. The DAVINCI+ and VERITAS missions aim to respectively characterize Venus’ atmosphere and map its surface in unprecedented detail. This should provide us information about possible tectonic activity, as well as details about the Venusian atmosphere which so far have been sorely missing.

Despite Venus being the closest match to our planet Earth, how is it possible that we have been neglecting it for so long, and what can we expect from future missions, including and beyond these two new NASA missions?

It Wasn’t Always This Way

The 1960s saw a total of 18 missions from the USA and USSR that targeted Venus, with five successfully completed missions:

Exploration continued in the 1970s with 11 Venus missions beginning with the Venera 7 lander, which was the first soft landing on another planet, followed soon by the Venera 8 lander. By the time the 1980s were in full swing, the Venera 13 lander was the first to send back audio recorded from the surface of Venus. Yet by the time the Vega 2 mission reported its successful landing in 1984, the USSR which had been running the Venera and Vega programs ceased their exploration of Venus. Even so the 1980s saw 8 Venus missions.

At this point in time, the closest a non-Soviet probe has come to landing on Venus was the Pioneer Venus 2 (Pioneer 13) mission from 1978 when it launched a number of probes into the Venusian atmosphere, one of which continued submitting data for a while after it had made it to the surface. After this mission, the 1989 Magellan orbiter mission was the US’s next and final Venus mission.

Although the US Galileo mission observed Venus on its way to Jupiter, this was not its primary mission, and no following US probes would perform detailed scientific observations of Venus. The Cassini and MESSENGER missions both mostly used Venus for a gravity assist, leaving the 1990s devoid of any Venus missions. It wouldn’t be until the 2000s that ESA’s Venus Express would pay Venus a visit. Even then, this ESA probe was made from reused Mars Express components rather than as a dedicated Venus mission.

Since the 2010s, Venus has become the sole domain of Japan’s JAXA, with Akatsuki (‘Dawn’) still in orbit, but beyond that nothing but telescopes pointed at our sister planet.

Venus also has a very dense atmosphere (9.2 MPa), much more than Earth (~101.325 kPa at sea level), and a molten core. Yet for reasons unknown, Venus does not generate a magnetic field using the core’s dynamo, as is the case on Earth. The exact state of Venus’ core and whether it has a (molten core) dynamo that could work again if the right conditions (e.g. sufficient convection) were met remains an active topic of research. All we know at this point is that Venus’ only magnetic field is generated due to the interaction between its ionosphere and the solar wind.

Exactly why Venus has such a dense atmosphere is also unknown. Its atmosphere consists of 96.5% CO2, with nitrogen and trace elements making up the rest of the composition, including water vapor (20 ppm). The relatively high levels of sulfur dioxide in the air (150 ppm) combined with the water vapor make clouds of sulfuric acid that shield the planet’s surface from Earth-based telescopes and also gives it a yellowish glow. It’s been suggested that Venus’ atmosphere is the result of a run-away greenhouse (atmospheric warming) effect, but future research will have to confirm or refute that theory.

Also fascinating about Venus is that its axial rotation is opposite to that of Earth, Mars, and all other planets in the Solar System besides Uranus. This means that on Venus the Sun rises in the west and sets in the east. Its rotational velocity is also markedly lower than that of other planets at 224.7 Earth days. All of this raises many questions about why Venus ended up in such a different state compared to Earth when evidence points to both planets having started out much more similar.

Most recently, studies of Venus’ atmosphere using Earth-based measurements have suggested that high levels of phosphine exist in its upper levels, which would be a clear sign of organic life.  This might be microbial lifeforms existing in the upper regions of the atmosphere. Despite the initial phosphine findings having been refuted by other researchers, a recent follow-up refutal of the refutal reaffirms these phosphine levels and thus the tantalizing possibility of life existing on Venus.

So far the 2020s look to feature a bit of a revival in Venus missions, with five planned missions:

Little is known about Rocket Lab’s proposed Venus mission other than that it would likely involve atmospheric measurements. Meanwhile India’s Shukrayaan-1 mission comes on the heels of its successful Chandrayaan (Lunar) and Mangalyaan (Mars) programs. This mission is likely to be complementary to the VERITAS mission, and possibly DAVINCI+ if the proposed atmospheric probe is added.

Selected for NASA’s Discovery Program, VERITAS‘s main mission consists of measuring the surface emissivity along with using its synthetic aperture radar (SAR) instrument to create the most detailed topographical map of Venus’ surface to date. It will also carry the new Deep Space Atomic Clock-2, whose additional precision will be used to hopefully detect gravitational features of Venus using the Doppler shift of the signal between VERITAS and Earth.

Meanwhile, DAVINCI+’s mission will be to measure properties of the atmosphere which its descent probe will be plunging through, in addition to creating high-resolution photographs of features in the landscape. In particular the mission plans to gather more data on the tesserae, which can be thought of as equivalent to Earth’s plate tectonics.

The new installment in Russia’s revival of the Venera program in the form of Venera-D is perhaps the most ambitious of all these missions. In addition to repeating the Venera-13 & 14 mission profiles with landing a probe on Venus it would feature an orbiter and talks are underway with NASA to include the VAMP (Venus Atmospheric Maneuverable Platform) aircraft. The latter is a proposal by Northrop Grumman and L’Garde for what would be essentially a long-duration aircraft, capable of navigating the upper parts of Venus’ atmosphere for up to a year.

If VAMP were to be part of the Venera-D mission, it would allow for the first detailed exploration of this part of Venus’ atmosphere during a months-long mission, providing us the best chance at this point to discover the source of the suspected phosphine and possibly life on Venus.

Although these new missions will still take a number of years to materialize, with most of them likely not reaching Venus until the 2030s, the potential of what we can learn not only about Venus, but also Earth is simply too tempting. Even beyond figuring out what makes Venus tick, or perhaps rather what made it take such a different course from Earth, it’s likely one of the easiest planets we could colonize, not to mention terraform.

The coming decades we can hopefully look forward to the first Venusian rovers like NASA’s Zephyr and AREE concepts. Rovers like these may arrive before or around the time when concepts like HAVOC for floating colonies in Venus’ atmosphere become a reality. The advantage of these would be that at around 55 km altitude, the Venusian atmosphere has roughly the same pressure as on Earth at sea level, with a temperature of around 27 °C (80 °F).

Whether or not all of this will truly materialize over the coming decades is of course anything but certain, not to mention heavily dependent on politics and budget sizes of the relevant space-faring nations. Here a happy note is that Europe’s ESA has announced a new Venus orbiter mission in the 2030s, called EnVision. When a manned mission to Venus does get announced, it will probably feel like a consolation to those who had been waiting for the 1973 astronaut flyby of Venus using a Saturn V rocket.

Here is to an exciting new chapter in humankind’s history and scientific exploration.