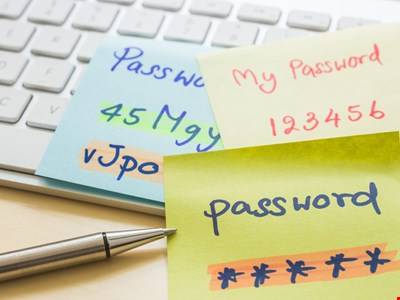 Nearly two-thirds of Americans avoid using websites or accounts for which they have forgotten their password, according to new research published today by LastPass.

According to LastPass, the results show that the “long-standing trend of poor password behavior persists despite increasing risks online.”

Almost two-thirds (64%) of survey respondents admitted that they would avoid visiting certain websites or accounts where they’ve forgotten their password.

Over half (57%) said that if their phone was lost, broken, or stolen, they’d be locked out of most of their accounts.

The survey identified that the majority of Americans have suffered from password-related anxiety, with 65% of respondents reporting that they have experienced a moment of panic when they realized their computer or mobile device didn’t have a password stored for a website that they wanted to log into.

Managing multiple passwords proved to be a challenge for many Americans, with seven in ten saying that they have too many different passwords to remember. To make password management easier on their memories, Americans use the same password across a range of accounts.

“While using the same password across many different accounts may seem like the simplest option to avoid the dreaded process of forgetting and resetting your password, by leveraging unique passphrases across different accounts, you will better protect your digital presence,” said a LastPass spokesperson.

Over three-quarters of those surveyed (77%) said that it would be beneficial to have a secure way to give a trusted loved one access to their passwords, especially in case of emergency.

Location-based personalization at the edge with Cloudflare Workers