I’m Writing a Book with Rob Conery, and It’s Gonna Be Awesome 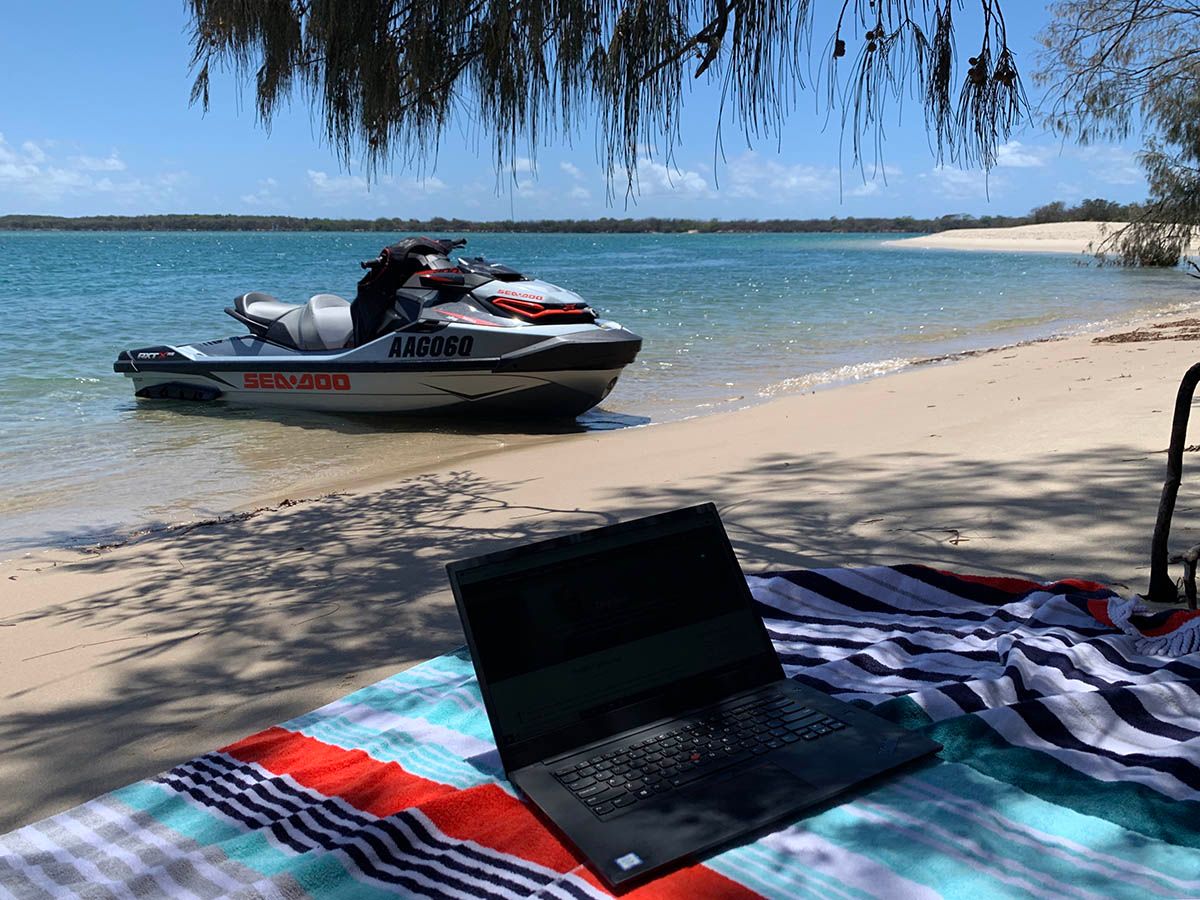 I’ve been chatting about this in some of my recent weekly videos and I thought it was finally time to sit down and write the blog post. So, this is a blog post about a book about blog posts. Gotcha, makes sense.

It all began when Rob Conery reached out a few years ago and said “dude, we should totally turn a bunch of your blog posts into a book” to which I replied, “why?” I mean they’re all up on my blog anyway, why on earth would anyone want to read them just stuffed into a book? But he had my attention, because he’s Rob Conery, and he made a good point:

I’ve loved many of the things Rob has done for many years. I used his ORM Subsonic a long, long time ago. I bought the wonderful book he co-authored in 2009, Professional ASP.NET MVC 1.0. That book was my go-to reference when I was learning MVC and much of what I learned from there was used to build Have I Been Pwned, in part due to Rob. He also started the online training service Tekpub which he later sold to Pluralsight, a company I’ve had a very long and very close affinity with. But what I remember most about Rob from the “earlier years” is the podcast he ran with Scott Hanselman, This Developers Life. I loved that show and listened to every single episode without fail as soon as it came out. And finally, in more recent times, Rob’s book The Imposter’s Handbook has received amazing feedback and it’s a testament to his breadth of skills that he can go from code to podcast to books to startup and totally knock each one out of the park. And this, friends, is why Rob had my attention.

Rob’s right – I’ve got more stories I want to tell. Things that very often, I couldn’t talk about at the time. There was more going on behind the scenes and indeed many more things that happened after the various posts went out, so the book has an intro and an epilogue for each post. But it was 2018 when Rob approached me on this, and my life was getting… tricky. HIBP was demanding a huge amount of attention and my personal life was rocky. Get into 2019 and a combination of the HIBP sale process and divorce demanded any remaining attention I had. Then 2020 was, well, a bit of a mess for all of us for obvious reasons and then still a mess for me for the aforementioned reasons. It wasn’t until we got into 2021 that things finally started feeling stable; I found balance in my work, got engaged to Charlotte and finally started feeling like life was… right. So, we picked up the book idea again.

Over the course of this year, Rob, Charlotte and I have been working to bring the book to life. Rob because he has the experience, Charlotte because she can keep us organised and on track and me because, well, that bit is kinda obvious. We’re working towards a v0.1 which we can put out there, seek feedback on then iterate into subsequent versions. It’ll be available to purchase digitally, and we’ll be creating a bunch of ancillary artefacts around it, for example various videos and interviews, among other things.

I’ll give you two examples of what’s going in there, starting with the post I published on my last day of corporate life simply titled </pfizer>. That was the first time I’d ever mentioned my employer of 14 years in a blog post, and I wrote that piece very, very carefully. I was departing the place absolutely sick to death of my boss specifically and the company in general. In the book I tell the story of what cemented those views: a year earlier, my (then new) boss tried to renege on a trip I had planned to New Zealand to do my first ever international talk. I go into more detail in the book but in short, it boiled down to me pushing back on this position which led him to tell me that “the only priority is the company”. He put that in writing too (dickhead!) and from that moment onwards, I was done with the place. I almost pulled the pin myself and just walked out, but I stuck with something I hated in anticipation of a more fortuitous departure. I was right 🙂

In the epilogues, I’ve written about the first time I ever wrote a public smackdown of a big company, this one being about Westfield’s woeful app to find your car in their shopping centre carpark. This is a post I’d never write today as I’d be much more cautious about how I approached the reporting. But this was more than a decade ago and it was a different time in infosec and certainly a different time in my career. After the post, I received a caution from my boss at the time (he was a decent bloke, not the one in the previous para!) because he was suddenly seeing my name all over the press. But it wasn’t an HR-style caution, rather a friendly (fatherly?) bit of advice that the media would attempt to twist the story and that I should be very careful when speaking to them. It’s funny to think back to that now, many thousands of media stories later.

There are other parts of the book that if I’m honest, I’m still trying to find my voice on. The HIBP sale and dramas in my personal life, for example, are very important parts of the narrative that have both featured in previous posts that’ll be in the book. They’re taking a lot of consideration and reflection in terms of how to explain what I was going through at the time. Some of this hasn’t been easy to write, but it’s part of my story and I need to find the right words for it.

Onto more immediate term things: you know how I said we’re going to be doing a v0.1 of the book? The whole idea of this is to source input from the community and before we even get to the first beta, I want your thoughts. By all means, leave a comment below about what you’d like to see make the cut, but it’d be even better if you could join Rob and I in a livestream next week where we’ll be discussing the book. We’ve scheduled it for 07:00 Tuesday here on the Gold Coast which is 22:00 Monday in the UK and 14:00 that same day on the West Coast of the US. It’ll be recorded and available immediately afterwards so you can always watch it back later, but it’d be great to have people join in and leave their comments so that we can talk about them in real time. Here’s an embed of the video that’ll be live on the day:

We’ll be discussing all sorts of stuff in this session including the content (obviously), cover (we’re throwing around ideas like the hero image of this post), title (Charlotte came up with a great one I’ll share in the live stream) and hopefully, a whole bunch of stuff we haven’t even thought of yet that you’ll bring along to the event. See you there 🙂

Oh – just one more thing: We’re going to be feeding this book out in bits and we’d love to keep you informed as we go. If you’d like to stay up to date, we’ve stood up a dedicated site with a mailing list at book.troyhunt.com. Drop your email address in over there and we’ll let you know as the whole thing progresses.

Looking for an “On Demand” ONLY virus scanner

Top 30 Athletic Training Blogs and Websites To Follow in 2021

May 7, 2021 admin
Welcome to MalwareForum.com