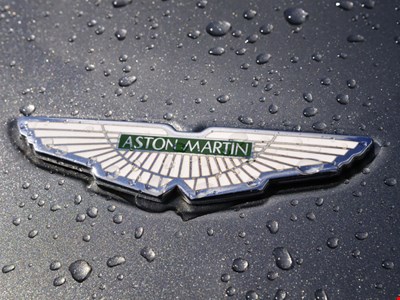 SentinelOne operates from offices in Mountain View, California. The company was founded in 2013 by Almog Cohen and Tomer Weingarten, who still acts as the company’s CEO.

“The parallels between Aston Martin and SentinelOne are strong, and it is an honor to support Aston Martin Cognizant Formula One Team’s much anticipated return to the top tier of global motorsport,” said Weingarten.

“We both share a relentless passion for innovation and desire to disrupt the status quo, and an appreciation of the significance of speed. These core principles are at the soul of this partnership and represent the power of Aston Martin Cognizant Formula One Team and SentinelOne.”

“Tomer and I have enjoyed our discussions, and it is clear that our two companies have much in common. Ours will be a very real partnership, delivering genuine performance enhancements to the safe and smooth running of our team.”

A British independent manufacturer of luxury sports cars and stylish grand tourers, Aston Martin was founded in 1913. During its extensive history the company has gone bankrupt seven times.

In August 2017, a 1956 Aston Martin DBR1/1 previously driven by Carroll Shelby and Stirling Moss was sold at a Sotheby’s auction at the Concours d’Elegance held in Pebble Beach, California, for $22,550,000. According to Sotheby’s, the vehicle was the most expensive British car ever sold at an auction.

​2020 Hindsight and 2021 Foresight: Lessons Learned in the Work From Home Era