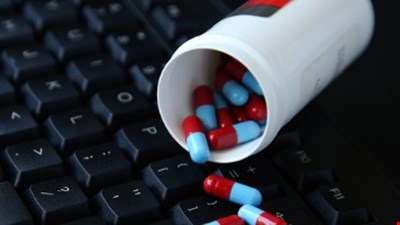 Two men have been charged with a dark web drug distribution conspiracy said to be worth millions of dollars.

Prosecutors have alleged that the duo used a dark web marketplace and encrypted messaging service Wickr to sell pills spoofed to look like Adderall, a prescription medication in the US commonly used to treat attention deficit hyperactivity disorder (ADHD).

In fact, the pills contained highly addictive synthetic stimulant methamphetamine, according to the Department of Justice (DoJ).

The government claimed to have seized $5m in unnamed assets connected to the conspiracy.

According to the affidavit, DEA agents made purchases from the duo which were mailed from Texas to addresses in Tennessee, Kansas and Missouri.

In November 2019, the vendor’s site on notorious dark web marketplace Empire boasted over 2000 five-star reviews and “3657 sold since April 2019,” the court document noted.

The officers are said to have traced the “Postage Reseller” account used by Ombisi to ship the items, plus GPS and CCTV data from post offices, to track him down.

They also analyzed multiple Bitcoin wallet addresses and managed to link them to accounts with a cryptocurrency exchange in the EU, registered in Ombisi’s name and accessed from an IP address registered to Russell.

A court order then provided the investigators with access to Ombisi’s iCloud account, where they were able to find more incriminating evidence.

Empire Market finally dissolved in August last year after a suspected exit scam, with experts claiming this may drive cyber-criminals away from dark web marketplaces altogether and to encrypted messaging apps and closed cybercrime forums.

Top 40 Canada Real Estate Podcasts You Must Follow in 2021