Making A Kid-Friendly Computer As A Present: Or How To Be The Cool Aunt At Christmas 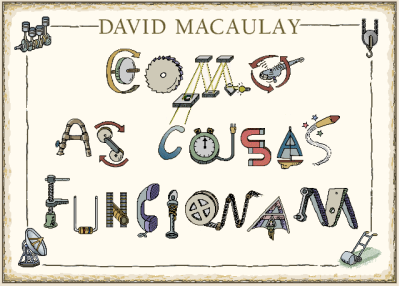 This article was meant to be finished up before Christmas, so it’ll be a little late whenever you’re reading it to go and prepare this for the holiday. Regardless, if, like me, should you ever be on the lookout for something to give a toddler nephew or relative, it could be worth it to look into your neglected old parts shelves. In my case, what caught my eye was a 9-year-old AMD laptop catching dust that could be better repurposed in the tiny hands of a kid eager to play video games.

The main issues here are finding a decent selection of appropriate games and streamling the whole experience so that it’s easy to use for a not-yet-hacker, all the while keeping the system secure and child-friendly. And doing it all on a budget.

This is a tall order, and requirements will be as individual as children are, of course, but I hope that my experience and considerations will help guide you if you’re in a similar boat.

We live in a vastly different time in regards to computers, the internet, and technology in general than the one we grew up in. I have fond memories of figuring my way through DOS and Windows, running games from CD-ROMs and having a computer I could poke and prod to feed my curiosity of how such a magical box worked as a kid. I wanted to be able to pass some of that experience forward to a younger generation which has already been born into the era of smartphones and social media.

The subject in my case is my nephew, who, despite being younger than the hardware I’m setting up for him, is obsessed with things such as Minecraft and other games he watches loud YouTubers play. My idea with this project was to give him some hardware he could play with without much worry, since it would contain only curated programs and games. With that in mind, I made no plans to connect said computer to the Internet, removing the need to supervise his interactions there.

Another reason not to connect it to the Internet is that a laptop of this vintage might not run modern operating systems well, depending on your choice. In my case it’s running 64-bit Windows 7, and given that long-term support for it ended at the start of 2020, it would be at the very least unsafe to put it online.

The Windows ecosystem was bustling in the mid 90s to early 2000s in terms of edutainment software, such as the Jumpstart series that was popular in computer labs worldwide. My initial idea was to find games like those to give the young user something more wholesome and productive to play with than the current options provided by the handfuls from a smartphone’s app store.

In my case, they needed to also be available in Portuguese, so I didn’t have much luck finding software. They existed, and I played with a fair share during my own time in elementary school, but they likely haven’t been kept around except by a few collectors. You’ll doubtless have a lot better luck in English.

One piece of software I did have the luck of finding was a translated version of David Macaulay’s “The Way Things Work”, an interactive Windows 3.11 multimedia CD based off the book of the same name. I’d grown up with the English version, not understanding much of it until later on when I could speak the language, but appreciating the pictures and sounds nonetheless, and was delighted to find out it had been translated by a national publisher, which meant I could share it with my nephew.

As for what other games to install on the machine, this can be a highly subjective topic. My rationale for this was to go for anything that wasn’t violent yet wouldn’t be necessarily childish. Puzzle games such as old PopCap titles and pinball games can provide a quick bite of fun without anything objectionable in them, or having to understand a complex story. Kid Pix was also another choice, naturally, among others such as games in the LEGO series and brain teasers like Marble Drop and The Incredible Machine.

These choices are going to depend on what platform you’re running, and the age of the kid you’re aiming to gift. If you’re not on Windows, you might have to look around for a list of software elsewhere, but that’s the basic idea of how I chose what to load on the computer. However, with the need for virtual machines for older titles and certain applications having launchers I’d like to bypass, there’s a few tweaks we need to do to accomodate a less-than-savvy user.

Making it All Play Nice

For games and programs running in DOSBox, for example, it’s desirable to configure the VM to close once your application is done instead of having to figure out you need to type “exit” in DOS, or close Windows 3.11. To that effect, there are a few tools you can use, such as [Shodon]’s RunExit and a custom configuration file to automatically call it. This way, the program can be nearly seamlessly launched from a newer host system and the kid user is none the wiser.

In other cases, bypassing a launcher menu can cut down on having to teach a kid exactly which buttons to click, which might get confusing and potentially lead to undesired consequences. I used the trusty Process Hacker to do such job. Double-clicking on a currently running process gives you the full launch arguments, which you can then put in a shortcut or batch file in order to make the game easier to launch. Using this, I was able to make Class6’s Creature Crunch run from the hard drive, whereas normally it’s hardcoded to expect to be run from a CD volume handle.

To tie it all up, it would be nice to keep everything in a simple menu to pick from and to avoid unwarranted misconfiguration by leaving out access to certain parts of the system. On one hand, if you want your kid to grow up to be more tech-savvy, it’s always a good idea to give them more choices and be around to help when things go wrong. In my case, since I wouldn’t be there to help my nephew and he’s not quite literate yet, I figured limiting the system was a better idea.

In order to do that, you can use something called a shell replacement. [Byron Jones]’ KidsMenu hasn’t been updated since 2011, but that doesn’t make it any less useful for our case in Windows 7. Fitting my use case precisely, it provides a way of not only presenting the choices in a clear manner, but also hiding that pesky Start Menu which can be overwhelming to someone who doesn’t know what it does.

Once it’s all buttoned up and ready to go, all there was left to do was package it all up in gift-wrapping and send it off to my nephew. As expected, he was excited mostly for Minecraft, but hopefully he’ll be encouraged to try the other menu items I hand-picked for him as well. I’ll also make not-so-rushed plans for a future gift, taking away the proverbial training wheels and giving him a computer with a more standard interface once he’s ready for it.

While this was the choice that worked for me, it was heavily influenced by what I had on hand. When I discussed the project with other friends, it sparked ideas on how it could be done differently. If you have an Android tablet lying around, for example, the built-in app store not only has plenty of choices for kid-friendly games, it also has launchers that provide parental controls much like I implemented by using KidsMenu on Windows. But then you have a different selection of games available.

Have you made a child-friendly computer? What age did you target, what software did you choose, and how streamlined did you try to make the whole experience?

The Politics of Supersonic Flight: the Concord(e)

Container Security Vulnerabilities: How to Avoid Them and Stay Secure